A few years back I blogged about the hard data behind venture outcomes and the challenge of creating a venture portfolio that produces strong returns. That blog post – which turned into one of my most read posts ever – grew out of a study done by Correlation Ventures showing the distribution of outcomes across over 21,000 financings during the years 2004-2013 as well as some of my own observations. The Correlation study produced a lot of interesting data and showed that the typical “1/3, 1/3, 1/3” model that many VCs talk about was significantly more optimistic than the reality of typical venture returns. The vast majority (almost 2/3rds) of venture financings fail to return capital. And only about 4% produce a return of greater than 10x. Pretty humbling. Here’s the graphic I used from that post:

These data are now getting old and VCs, LPs, and entrepreneurs have to ask if anything has changed – especially given the strong markets we’ve experienced over the past few years. Are ventures outcomes trending higher? Are they as skewed as they were during the ’04-’13 time period that the original study covered?

Correlation reran the data and produced some compelling data demonstrating that the market surges we’ve seen recently haven’t translated to meaningfully higher venture returns. Since 2001, financings that have produced a 10X+ returns have fluctuated some but remain modest. 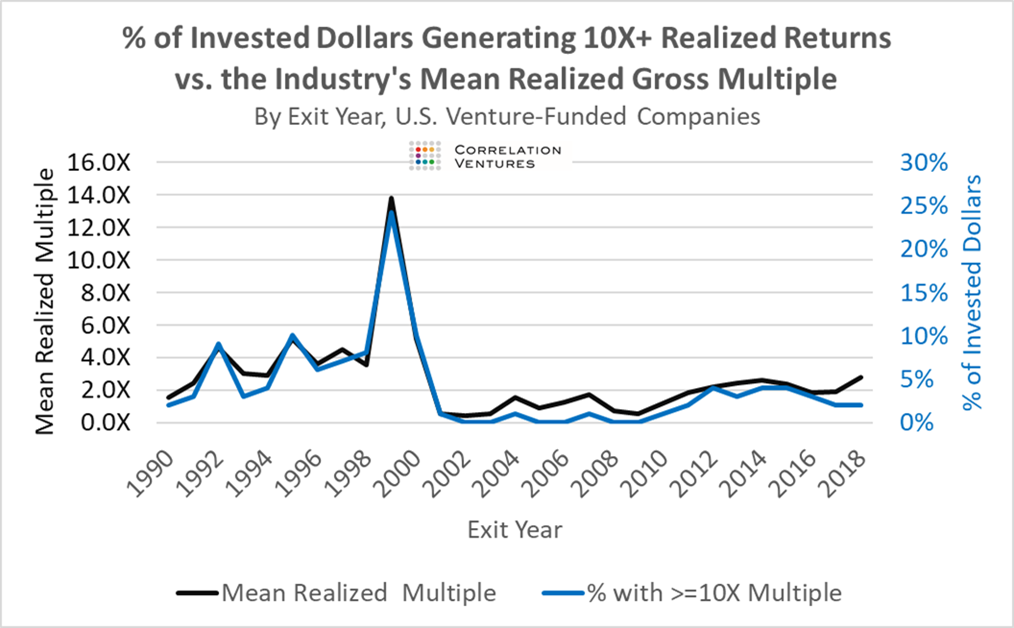 Rather than breaking even, almost two thirds of financings lost money in the past decade and less than 4% produced 10X or greater returns. Despite the historic market we’ve had in the past ten years and the huge deals often highlighted in the press, venture capital returns haven’t shifted much. 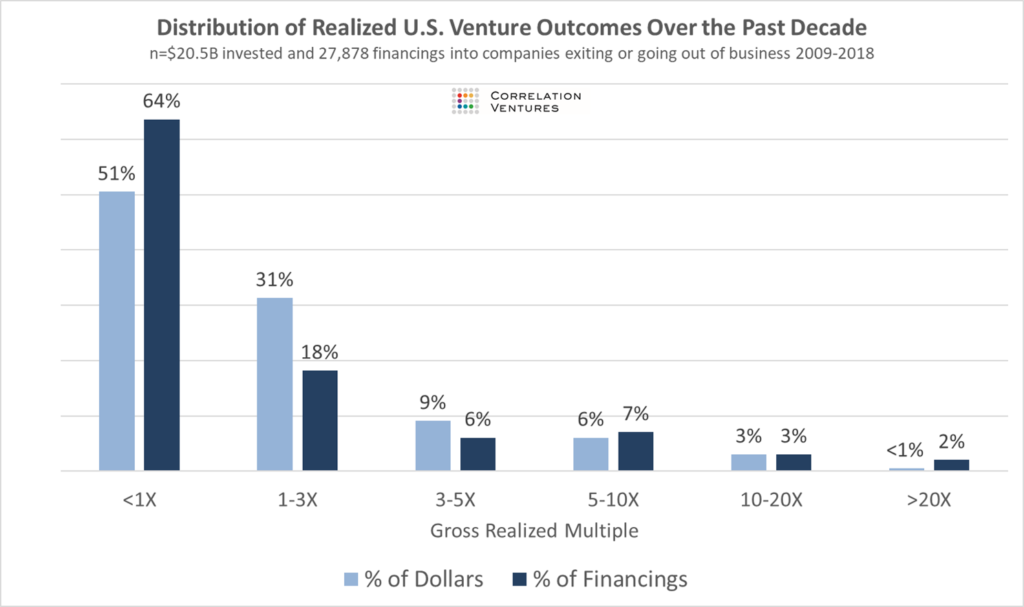 Big hits remain a relative rarity and more than half of the capital invested into venture-backed companies loses money (interesting to see the data updated for dollars as well as deals – on a dollar weighted basis the numbers are more favorable at the low outcome end (below 3x) but at the high end of the outcome scale balance out). It’s as difficult today to find big winners as it was ten years ago and it remains just as important to find those deals if VC firms and their partners are to stay successful.

Note: Thank you to Correlation for allowing me to share these data as they were originally prepared as a private exercise for Correlation and their venture partners.