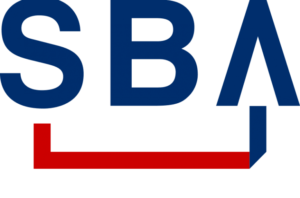 Quick preface to this note. I’m not your lawyer and I’m not giving legal advice.

As I wrote about at the beginning of the week, the SBA has made a mess of the Payroll Protection Program. Yes, there are some challenges to parts of the structure of the program, but I was referring in that post to the SBAs implementation of the program and the varied guidance they’ve given since the program’s launch. They have been inconsistent, unclear and sometimes contradictory to statements made by Treasury and administration officials. It’s led to confusion on the part of companies who applied (or were thinking of applying) and ultimately to greater loss of jobs as companies struggled to understand whether they qualified or not. I can tell you from the board rooms that I’ve been in (virtually, of course) that people are genuinely trying to understand the intent and do the right thing, even if turning down the money meant that they needed to lay off or furlough some workers to keep costs in check.

Last week the SBA said it would offer further guidance before May 14th and many companies postponed or agreed to revisit decisions about the loan program once that guidance came out. The assumption had been that the SBA would offer further clarification about the “economic necessity” threshold that was prescribed in the original program language as well as a further update to its FAQ question #31, which stated that companies needed to consider “their ability to access other sources of liquidity sufficient to support their ongoing operations in a manner that is not significantly detrimental to the business.” (I wrote about this at length in my post on the PPP’s challenges earlier this week).

Yesterday – May 13th, one day before the SBA’s “safe harbor” deadline (the date that they had previously said that companies needed to return the money if they felt subsequent guidance disqualified them and be essentially absolved of any wrongdoing) – the SBA released their new “guidance” and updated their FAQs related to the program (the SBA maintains a single document for this – when they update it, they simply tack on the new guidance to the end).

The wait was not worth it.

I assumed that the SBA would offer thoughts on “economic necessity” such as how many months of runway a company might have, above which they would generally be deemed not to have necessity. Or perhaps would suggest a threshold for how much revenue, bookings or other key metrics of a business might need to be down in order to qualify. Or even just a general view about how companies should consider the overall future economic impact of Covid (can we even look to the future in making our determination of need, for example). Certainly they would address the question about “other sources of liquidity”.

But they did not. They waited until the day before their deadline and ultimately added little in the way of guidance. In fact they appear mostly to have repeated what had already been said and on a few key points backtracked completely. The key FAQ related to the economic necessity question read as follows. I added the emphasis.

46. Question: How will SBA review borrowers’ required good-faith certification concerning the necessity of their loan request?

Answer: When submitting a PPP application, all borrowers must certify in good faith that “[c]urrent economic uncertainty makes this loan request necessary to support the ongoing operations of the Applicant.” SBA, in consultation with the Department of the Treasury, has determined that the following safe harbor will apply to SBA’s review of PPP loans with respect to this issue: Any borrower that, together with its affiliates, received PPP loans with an original principal amount of less than $2 million will be deemed to have made the required certification concerning the necessity of the loan request in good faith.

SBA has determined that this safe harbor is appropriate because borrowers with loans below this threshold are generally less likely to have had access to adequate sources of liquidity in the current economic environment than borrowers that obtained larger loans. This safe harbor will also promote economic certainty as PPP borrowers with more limited resources endeavor to retain and rehire employees. In addition, given the large volume of PPP loans, this approach will enable SBA to conserve its finite audit resources and focus its reviews on larger loans, where the compliance effort may yield higher returns.

Importantly, borrowers with loans greater than $2 million that do not satisfy this safe harbor may still have an adequate basis for making the required good-faith certification, based on their individual circumstances in light of the language of the certification and SBA guidance. SBA has previously stated that all PPP loans in excess of $2 million, and other PPP loans as appropriate, will be subject to review by SBA for compliance with program requirements set forth in the PPP Interim Final Rules and in the Borrower Application Form. If SBA determines in the course of its review that a borrower lacked an adequate basis for the required certification concerning the necessity of the loan request, SBA will seek repayment of the outstanding PPP loan balance and will inform the lender that the borrower is not eligible for loan forgiveness. If the borrower repays the loan after receiving notification from SBA, SBA will not pursue administrative enforcement or referrals to other agencies based on its determination with respect to the certification concerning necessity of the loan request. SBA’s determination concerning the certification regarding the necessity of the loan request will not affect SBA’s loan guarantee.

This is a lot of words to basically about-face on much of the bluster coming from Treasury while offering no real guidance on the key questions I described above. Basically the SBA is saying that loans of less than $2M will be deemed to be requested in good faith and won’t be reviewed. Except in the 3rd paragraph they say that some smaller loans will actually be reviewed (“other loans as appropriate”). Although the document is inconsistent, it does seem appropriate to at least hold out the threat that some smaller loans will be reviewed (certainly some will have not been made in good faith or even been fraudulent; in fact likely at a higher rate than larger loans).

The real action is in the last paragraph. Here the SBA surprised pretty much everyone by basically saying “we’ll review your loan and if we think you didn’t qualify the penalty will be making you pay it back.” This essentially extends the safe-harbor they already offered (which required companies to pay back a loan in order to qualify). There’s some grey area there, because in theory some other agency could take up enforcement action against a company that didn’t return the money prior to May 14th, but this seems like an unlikely scenario. To be clear, companies that take the money and they are required later to pay it back (but who in the meantime kept people employed and spent the money in ways they wouldn’t have if they had never taken it in the first place) are on the hook for the cash, so there are real consequences to getting it wrong. But for many companies on the bubble the consensus seems to be that they should take the money, apply for forgiveness (which will trigger a review of the loan, per the new guidance) and let the SBA decide if they qualified or not. It’s hard to argue with that logic given this new guidance. Especially because it appears the money in the program is not going to run out quickly (and therefore the argument that one company is effectively taking money from another company that didn’t get their loan application in as quickly is gone).

Personally, I was hoping for more. We’ve tried to be thoughtful in our approach to the PPP program and the SBA’s guidance. But with this latest round of advice, it’s hard to argue that companies on the margin shouldn’t lean on the SBA to arbitrate whether they qualified or not and stop their board level arguing. I know of a number of companies that had decided to return the loan but reversed course because of this new guidance, or who were on the fence waiting for the new guidance and have now agreed to keep the money and let the SBA weigh in directly.

Perhaps this is exactly what the SBA wanted, but at least for me it was far less in terms of “guidance” than I was hoping for.