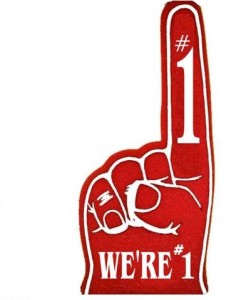 A few years ago I was talking to a fellow venture capitalist about an entrepreneur he had previously backed. “That guy should love me!” he exclaimed, “I made him 50 million bucks!” And then moved on to some other topic which I can’t remember because I was numb with disbelief at his previous statement. He backed an entrepreneur who built a business that after a number of years had a very nice exit and he made the entrepreneur money? Obviously his logic is completely backwards. And while I don’t know that many VCs would express such an extreme view of that sentiment I do think that most believe that not only is a healthy VC ecosystem important for entrepreneurship to flourish but that VCs create that ecosystem.

Boulder is a great example of this. The local capital base is anemic, but the entrepreneurial ecosystem is flourishing (Boulder is the best city for start-ups, the happiest city in America, etc. – see here for some additional thoughts on why Boulder rocks for entrepreneurs and start-ups). And while one data point doesn’t prove a theory, Boulder is a pretty powerful argument for the notion that capital follows entrepreneurship and not the other way around. And while there were some VCs involved in helping shape the great start-up environment we have in Boulder, don’t mistake participation for causation.

Entrepreneurs are the lifeblood of Venture Capital, not the other way around.