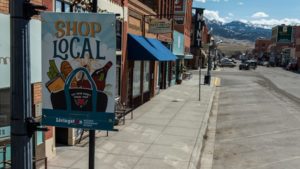 Entrepreneurship in the United States has been changing in ways that many people have not yet recognized. I’m working on a much more extensive piece on these changes (and have been for some time – more on that project in a future post) but as the Covid-19 crisis took root, it became clear to me and my writing partner, Elizabeth Macbride, that policy-makers fail to understand the nature of entrepreneurship and small business in America (from the composition of entrepreneurs to the types of businesses they are starting to the rise of the “gig” economy) and that this failure was causing them to miss the mark on programs they were implementing to help. Last week, Elizabeth and I wrote an OpEd published on CNBC that describes the confusing landscape that businesses face trying to navigate the federal aid landscape.  Earlier this week we penned a follow-up that describes at a high level some of the changes in the American entrepreneurial landscape as well as the ways in which policy can and must be adapted to keep pace. The text of our latest OpEd is below.

To save the US economy, policymakers need to understand small business 101

Policymakers in Washington, D.C., fail to understand fundamental changes in the U.S. economy and the ways in which entrepreneurship and the small business landscape have changed over the past few decades. That misunderstanding is leading to poor decisions and poor policy and will lead to a failure of current stimulus measures to reach critical parts of the struggling U.S. economy.

Thousands of small businesses are probably gone for good because of the failure of the federal government to act quickly enough. More will be gone soon if we don’t change our actions now.

America’s small businesses need institutional players squarely in their corner: big banks, fintech companies like Square and PayPal, community loan funds and philanthropists, the Federal Reserve and the regulators and policymakers. This is not a time for lip service. To avoid catastrophic failure across large swaths of our small business economy, we need to quickly get a large number of small sums to a substantial portion of the 50 million small businesses and freelancers across America.

The current programs, including the Payroll Protection Program authorized by Congress and the Main Street Lending Program from the Federal Reserve, seek to help small businesses and their employees. They sound good. But because of the way in which they are being implemented, they will fail to reach vast swaths of the American entrepreneurial landscape.

Take, for instance, the Federal Reserve’s $2.3 trillion in loans, announced last week. It does the right thing by, among other things, extending credit to banks involved in the PPP program. It also makes $600 million in loans available to “Main Street” businesses — “small and mid-sized businesses that were in good financial standing before the crisis, by offering four-year loans to companies employing up to 10,000 workers, or with revenues of less than $2.5 billion,” the U.S.Treasury said in a release.

But it doesn’t go far enough. It bases lending formulas on metrics that won’t result in typical businesses being able to access the capital they need, doesn’t include a forgiveness provision like the PPP, and still fails to address the needs of most sole proprietor businesses and the gig/freelance economy.

Most businesses have few employees

Some 90% of the typical businesses in America — a salon, corner shop, restaurant or fitness center, those hit hardest by the current crisis — employ fewer than 20 people, according to data from the Census Bureau’s Annual Survey of Entrepreneurs. If you include the 24.8 million businesses that are sole proprietorships, 98% of U.S. businesses employ fewer than 20 people. Overlapping with these businesses are the 57 million Americans who freelanced in 2018 (what’s popularly termed the gig economy), according to the Upwork: Freelancing in America Survey. The current programs aren’t built for these businesses and aren’t accessible to them because the programs are based on payroll and are being administered through banks.

Don’t make the mistake of thinking that because a business is small or a solo business, it isn’t valuable or an economic driver. It’s precisely through networks of entrepreneurially minded people that social value is created, innovations start and fast-growing companies that produce jobs are born.

Drilling down on small business demographics

These shifts raise all kinds of questions for the stimulus and the recovery. Women and people of color are less likely to have relationships with traditional banks and the SBA, which have been the center of the stimulus package so far. Small businesses generally, and women-owned businesses specifically, are much more likely to make use of contractors. Early guidance by the SBA indicated that contractors would be included in the calculations of payroll, but final rules exclude them.

This not only lowered the amount of aid many small businesses qualified for, it also left these employees to fend for themselves through state unemployment system not structured for freelancers and the gig economy. Additionally, for many small businesses, rent, utilities and inventory outweigh payroll.

The sheer magnitude of the problem makes it almost impossible for the SBA and its banking partners. In 2018 the SBA generated approximately $30 billion in loans. Under PPP the SBA was originally tasked with doling out more than 10 times that amount — in a period of weeks, not months, and the sums are growing.

In the early weeks of the crisis, the lenders with the best connections to people in need in their communities, community development financial institutions, were quickest to set up loan funds and have been meeting fundamental needs. But some weren’t included in the bill. Nearly a month into the crisis, the U.S. Treasury finally enabled financial technology firms to become lenders. This is a positive step, and more like it, which will allow broader distribution of funds available, need to be taken.

But beyond that, the programs themselves need to be expanded to offer more assistance, and assistance based on need beyond that calculated by the limited metric of payroll, to more businesses.

If we don’t get this right, we have the recent past for evidence of what will happen. During the Great Recession of 2008 and shortly thereafter, the net number of new firms created in the United States was negative: More companies closed than were being started. The result was 117,000 fewer companies in 2014 than there were in 2007. Entrepreneurship rebounded, but only in a few places. In the 30 years leading up to the Great Recession, 80% of metro areas saw an increase in the number of firms annually (a period that includes prior recessions). This trend was completely reversed by the Great Recession, after which only 20% of metro areas have seen an increasing number of companies created.

Our entrepreneurial spirit unites America. When it falters, our divides grow.

Now is our moment to change how we’re handling the substantial need that exists across the American business landscape. It’s not about either/or decisions. It’s about rebuilding the infrastructure of community finance and taking advantage of all the assets and conduits we have to help small businesses. It’s about getting funds into the hands of America’s vast and diverse set of entrepreneurs who can help rebuild us out of this crisis.

Elizabeth MacBride is founder of Times of Entrepreneurship, a publication covering entrepreneurs beyond Silicon Valley. Seth Levine is managing partner of the The Foundry Group, a $2.5 billion venture capital firm in Boulder, Colorado.