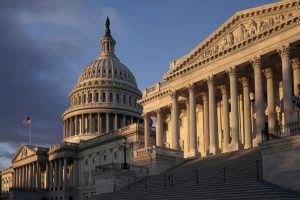 I was recently asked to put together some ideas for consideration for the next economic package that congress is currently working through and which I hope will both extend existing programs put in place to dampen the blow of the economic crisis brought on by Covid-19 but also extend that aid to critical areas of the economy that aren’t yet being supported by current programs. I touched on some of the issues in two OpEd pieces I co-authored with Elizabeth Macbride in the last two weeks (here and here in case you missed them). There wasn’t space in those to really flesh out a number of ideas that I think are worth thinking about, and I was only in the process at that point of putting this together. I leaned on a number of people for their advice to come up with what I describe in more detail below. Specifically I’d like to thank Doug Rand, Delaney Keating and Dan Caruso for their input. I’ve had some discussions about this with members of congress and am hopeful that at least some of these ideas will be considered in the upcoming 4th aid package. I’d love your feedback (as well as other ideas). I have an ongoing line of communication in congress about these and other ideas. Overall, despite the size and scale of the existing aid packages, I think more needs to be done to help prop up the economy and especially to target some of the businesses that need and deserve help but are being left behind by the current programs.

PPP Program
– Expand the program beyond the current $349Bn, of course. There is talk of another $250Bn. That won’t be enough.
– We need a version of the program that isn’t payroll based and where the forgiveness isn’t based on future payroll (for example, restaurants won’t qualify for loan forgiveness if they can’t open up by June).
– Consider a separate loan program for very small businesses (fewer than 10 or 20 employees) that’s based on a revenue formula and so long as they use the funds for current expenses (i.e., paying rent, utilities, employees – including 1099 employees; but excluding things like inventory or capital expenditures) they’d qualify for loan forgiveness
– We need distribution mechanisms beyond the SBA (which is overwhelmed). Consider for the smallest businesses using PayPal, Square or others for the distribution of funds (some of this started happening last week, which is good).
– We should also fund the CDFIs to participate in community lending programs (could be structured as grants with specific parameters/limits). I don’t really understand why CDFIs were left out of the original program to begin with (presumably because they’re considered “Democratic” institutions?).
CDFI Expanded Role (in addition to what I describe above re: PPP)
– The CDFI infrastructure already exists and is relatively efficient at distributing funds to underserved communities – per the last bullet point above this program could easily be expanded (and was left out entirely of prior aid packages).
– Create a Public Health Financing Program to ensure that underserved communities are prepared to respond to COVID-19 and other emerging health threats. CDFIs should be given a resources to promote the establishment and growth of local public health providers, including walk-in clinics, pharmacies, and nursing services. This would both create economic development in communities where it is much needed but would also help shore up against the likely expansion of Covid-19 into rural communities that have, to date, been relatively spared from the virus (but we know it’s coming).
– This could be primarily accomplished by steering New Markets Tax Credit (NMTC) incentives toward investment in public health facilities in underserved areas. The Treasury Department’s Community Development Financial Institutions Fund is responsible for the NMTC, as well as financial and technical assistance for designated institutions.
– New resources could also be mobilized through the USDA’s various rural development programs and the Community Economic Development (CED) program within HHS.
– A comparable approach was taken in 2010, when Treasury, USDA, and HHS jointly launched the Healthy Food Financing Initiative to address food deserts in underserved communities. This initiative was later written into Congressional appropriations.
Expand the Existing SBIR Programs
– Rapidly execute new SBIR awards.
– Congress could provide a supplemental appropriation, allocated proportionally among agencies that already participate in the SBIR program.
Expand the SBA Microloan Program
– The SBA Microloan program works through nonprofit intermediaries to provide technical assistance and loans of up to $50,000 to small businesses and nonprofit child care centers. The program targets women, low-income, veteran, and minority entrepreneurs. In FY2019, SBA made 53 loans to intermediaries, which in turn provided over 5,500 microloans totaling $81.5 million. The average microloan was $14,735 with a 7.5% interest rate. Unlike the 7(a) program, which supports larger firms acquiring hard assets, by far the most common use of microloans was working capital (73%).
– Most entrepreneurs are not eligible for standard SBA loans because they lack business or personal assets—especially minority-owned entrepreneurs. The successful Microloan program should be expanded significantly, so that it becomes a core tool in addressing this inequitable capital gap. This would require expanding eligibility for intermediary lenders and raising the aggregate loan limit from $6 million to at least $50 million for top performers as well as expand program eligibility (see next point)
– Congress should also open up the Microloan program to for-profit and nonprofit small entities alike, rather than restricting nonprofit participation only to child care centers. This would empower social entrepreneurs to solve local problems, including public health challenges that are particularly acute during an epidemic.
– Consider a rural allocation for this Microloan expansion (and consider distributing rural funds through local, community banks).
– Another consideration is to push funding to communities who establish “community loan funds” to cycle those investments long term from within and encourage the further development of such funds. Perhaps offer tax incentives or other incentives for communities and investors to put these funds together.
Other Ideas
– This has a longer lead time but we should use this time as a chance to invest much more heavily in rural broadband infrastructure. Will be a nice job creator for the infrastructure providers but more importantly will blunt the impacts of the next virus outbreak as people will be more able to work remotely.
– On a related note, expand the E-Rate program which brings fiber to schools to include hospitals and other medical infrastructure. Clearly tele-medicine is going to be important in any future viral outbreak but this also feels like an area of the economy that can and should change coming out of this current crisis.